Is the history of ethnic prejudices really the same for everyone in the United States? If all Muslims are terrorists like Osama Bin Laden and the Jews are all greedy like Bernie Madoff, Italians are obviously all mobsters like Al Capone.

Wops, dagoes and guineas are some of the epithets once used in the United States against Italian immigrants. Stereotypes are still alive and everlasting. In addition to the categories of garlic eaters and snatchers, there are the pinch-butt greaseheads, in other words the harmless and rude womanizers. That originated from the myth of the Latin lover Rudy Valentino, and finds it new glory in the working class king of the dancefloor Tony Manero (John Travolta, star of Saturday Night Fever). And last but not least, there’s Guido, the derogatory nickname that Italian Americans of new generations are called. 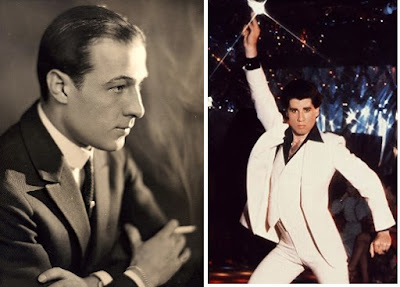 Guidos and Guidettes are the epitome of Italian caricature and the exaggeration of the popular classes. For them, life is above all for sustaining and sculpting muscles, using bad words and having lots of sex. MTV America has dedicated a reality show to this tribe called Jersey Shore. It aired in 2009 with high ranking, a year after the first Italian-American reality show entitled That's Amore (2008) with the typical disrespectful lover Domenico Nesci. 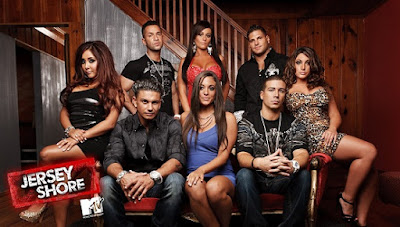 Beside the figure of the Latin Lover, another stereotype is still live: the mafioso. From Scarface in the 30s, to the dramedy mob-saga of The Sopranos in the 2000s, through the 70s milestone The Godfather, Italian mobsters have always been a mix of glamour and stupidity, violence and sweeteness--perfect for cinematic plots. After all, gangster movies are to western movies as mobsters are to cowboys: both American heroes.

Latin Lovers and mafioso stereotypes mark a century of cultural differences among Italians, Italian Americans and US people in general. This is the world, these are the cultures and the races according to Hollywood.


In  recent years, however, something changed. Hollywood is more sensitive to Chinese people due to their massive audience and toward African-Americans due to the political correctness. But just for the Italians and Italian-Americans they insist on using the usual stereotypes of 4 (the 4 M's): Mamas, Mafia, Macaroni and Mandolins, even though the image of Italians has changed in recent times thanks to excellence in the fields of fashion, design and cuisine worldwide.


But what would happen if people from the US were mocked for a time? Italian cinema did it many times during its golden years from 50’s to 70’s. 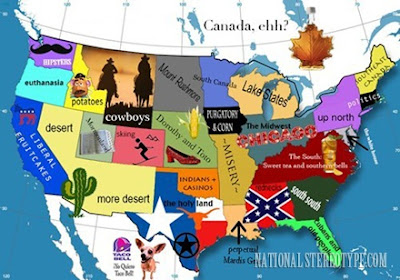 They are just some examples of recurring stereotypes of US people portrayed in hundreds of Italian movies. Regarding this topic, I’m currently working on a live documentary I’ll tour the United States in 2018 in schools, universities, foundations, cultural institutes and associations. It's a sort of hybrid between a stand up comedy show and an academic dissertation. I'll tell funny anecdotes about cultural differences between Italians and Americans, taking inspiration from Italian films. 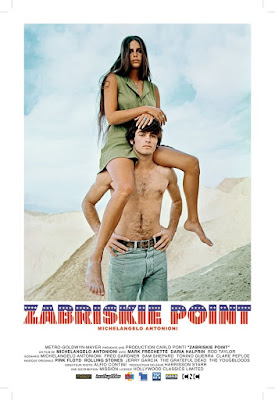 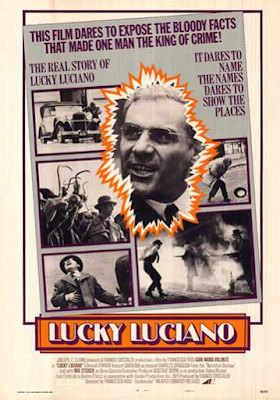 It will be a long journey through history, emigration, racism, sex, violence, music and comedy with a peculiar standpoint: Italian cynicism. Indeed, we adopted Hollywood stereotypes in our movies but “pimped them out,” so more sex, more violence, and above all more political incorrectness and never with traditional Happy Endings. The main goal of this live documentary is to better understand how Americans and Italians, with their respective prejudices, judged other countries.

In the Silent Age Movies and Fascist Era, stereotypes about the United States reflected the values of the time. America was imagined as an exotic and sprawling El Dorado, populated by giant cowboys, wild Indians, negro servants, Latin gangsters (but never Italians due to the domestic censorship), platinum-blonde haired women in evening dresses and rich capitalists who always smoked cigars with whiskey glasses in their hand. 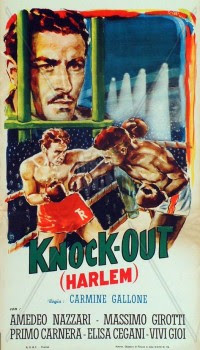 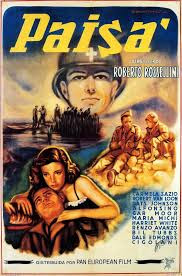 Everything changed with the arrival of the Allies in 1943. The Italians saw Americans in person for the first time. They gifted chocolate, cigarettes and nylon stockings to little shoe-shiners and poor girls. Several Neorealism films directed by Rossellini, De Sica and other filmmakers depicted this difficult time with a critical look. In addition to the "war bride" phenomenon, there were also Black soldiers who made children with Italian women and were treated as equals when they were still victims of racial segregation in the United States through the 60's.

Since the 1950s, there were numerous crosses, exchanges and influences between American and Italian movie industries. From “The Hollywood on the Tiber,” based on biblical colossal movies and B-series "sandals" and "peplum" movies, to Oscar winners like Federico Fellini, Anna Magnani and Sophia Loren. From Sergio Leone's world-wide spaghetti-western successes to hundreds of American films shot in Italy, from William Wyler's Roman Holiday to Woody Allen’s To Rome with Love. 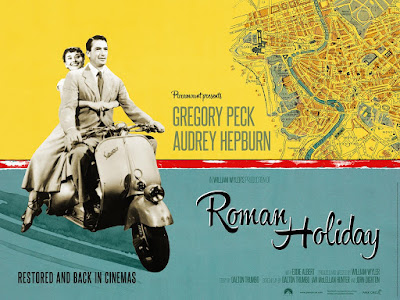 All the greatest Italian filmmakers have, at least once, been involved with US topics and places. In addition to the already mentioned De Sica and Rossellini, there are Fellini, Antonioni, Pasolini, Rosi, Petri, De Filippo, Monicelli, Lizzani, Montaldo, Scola, Salce, Ferreri, Bertolucci, Cavani, Wertmuller and more recently, Tornatore and Sorrentino. Not to mention the amusing jokes against American capitalism and consumerism by comedians Totò, Alberto Sordi, Marcello Mastroianni, Ugo Tognazzi, Vittorio Gassman, Nino Manfredi, Monica Vitti and Paolo Villaggio.

And there were also interesting and unusual Italian documentaries about America during the civil rights struggles in the 60’s and 70’s. These films reflected the ideologies of their authors in the context of those times: Catholic-pacifist (Cesare Zavattini, Mario Soldati), extremist left-wing anti-American (Ugo Gregoretti, Giuseppe Ferrara, Andrea Frezza, Paolo Pietrangeli), Marxist-pro Third World (Antonello Branca, Ansano Giannarelli), nostalgic-conservative (Luigi Barzini Jr., Giovanni Guareschi), and anarchist-libertarian with the genre of Mondo-movies directed by Gualtiero Jacopetti, Tinto Brass, Giancarlo Fusco and Italo Calvino -- the last of which wrote the far-sighted script of America's Country of God in 1965. 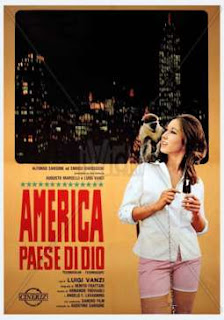 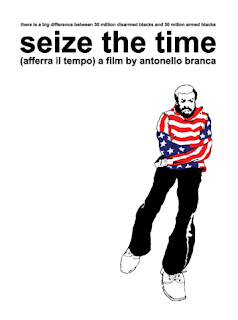 The end of the 70’s marked the sunset of the golden age of Italian cinema with the systematic exploitation of all those US subgenres. Many of these movies were trashy remakes and coarse parodies, populated by cop killers, aliens, zombies, and cannibals.

Over the last 30 years, there have been a few rare Italian films set in the present. On the one hand, the new wave of the Italian educated migrants in the US has been anticipated in the movies: Lontano da dove (Far from where), Un tassinaro a New York (A taxi driver in New York) and My name is Tanino. On the other hand, many Italian directors avoided telling authentic stories. Rather, they preferred to look back at the past with nostalgia and bootlicker operations for the American market. The reference can only go to Oscar-winning Tornatore for Nuovo Cinema Paradiso, Salvatores for Mediterraneo, Troisi for Il Postino (The Postman, in which the prize went to the music, but he was also nominated for best film), Benigni for Life is Beautiful and Sorrentino for The Great Beauty. The latter film was in fact an unrecognized remake of La Dolce Vita (The Sweet Life). 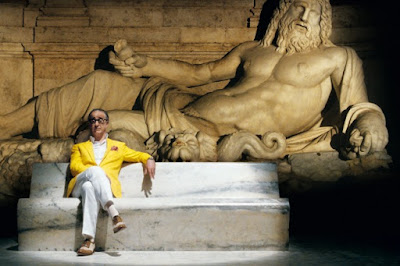 Doing my research, I realized that Italians were the first ethnic group to be shown as protagonist in Hollywood movies and not just in secondary roles. They have been exploited as have been African Americans and Asians, but unlike them, Italians were considered “white.” At least, the Northern ones were. The more dark-skinned Southern Italians were not included among the Caucasians, but Hollywood exploited their emotional and cinematic tools. Indeed, the mafioso, the singer and the latin lover set the stereotypes since the Silent Age.

Therefore, Italians have always been present in Hollywood movies as heroes / anti-heroes (from Scarface to The Godfather from Saturday Night Fever to The Sopranos) and in thousands of character roles (almost always negative: short, fat, ugly, sweaty, sloppy from the pimp to the waiter, from the drug dealer to the policeman). 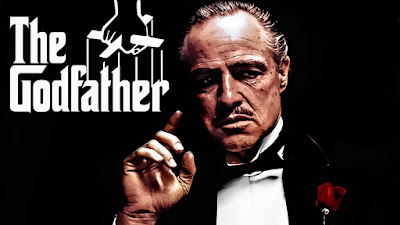 By the way, during my show I'll also screen recent examples of Hollywood stereotypes from movies and TV shows of the last decade to prove that Italians - in my opinion - are the only group to still be depicted in stereotypical ways, probably because the Italian anti-defamation league is weaker than those of Jewish, Black and Asian peoples.

Actually, there is another ambiguous implication about this. In many cases, Italian American writers-producers-directors were themselves responsible to exploit the stereotypes of their ethnic group. Mario Puzo, Gay Talese, Francis Ford Coppola, Garry Marshall (real name: Masciarelli), Nicholas Pileggi and Martin Scorsese are great artists who made a lot of money but rarely took these stereotypes to another level. After all, there have been extraordinary examples of Italian Americans never portrayed in a movie like Fiorello La Guardia (the incorruptible politician who fought against Lucky Luciano), Philip Zimbardo (the psychologist, known for the Stanford prison experiment) and Vito Russo (the first Italian American gay activist).

In the end, after analyzing 100 years of Italian cinema, what conclusions can we draw about the US people?

It has been a big battle that has lost both Italians and Americans.

Movies are mainly a commercial product and not a tool to understand peoples, so both Italian and American movie industries have cynically exploited their stereotypes rather than analyze cultural differences with humor and real anthropological interest. Because both movie industries have been entrenched in a century of history smiles and songs, applause and laughters, kisses and slaps, hugs and insults, hands on the butt and bombs, I also thought to create the "Golden Moron" prize to award the worst Italian and American films that represented the two peoples, reducing them to postcard stereotypes.

The award aims to stimulate Hollywood TV producers, screenwriters and directors to "study more" and at least play with stereotypes, focusing on more intelligent solutions and stories, such as in the comedy A Fish called Wanda where Americans insult the British, magnifying the Italians...

This live documentary is a new format created by me that mixes sociology, history and mass media through stand up comedy and academic remarks.

The length of my live doc is flexible and I have material for an entire school semester. I analyzed thousands of Italian movies and documentaries, shot in all the big US cities (New York, Boston, Miami, New Orleans, Chicago, Dallas, Houston, Las Vegas, San Diego, Los Angeles, San Francisco), classic American landmarks (from Death Valley to Disneyland) and other places less known to Europeans, for instance the Appalachians, Davenport (Iowa) and Saint Louis in Missouri.


They will be shown: in their original English version (many Italian movies were originally shot in English), dubbed version in English or Italian with English subtitles.