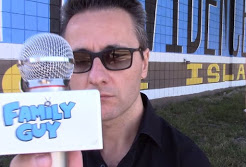 Family Guy Censored Lines from around the World and Soundbites from Rhode Island
Click here to watch the webshow.

First of all, happy birthday. As Brian says:

Like… How on earth did someone find these things related to me in the RISD? Maybe I should thank Luca?

By the way, we were born in the same month and year, but in different countries. You, in the home of the microwave and land of the fleas and me just in that old rotten boot called Italy.

I have credit in Italy and I am still no one in the La-La-Land. Every day in Italy 7 million people watch “Striscia la notizia” where I write satirical lines.

Here in LA I can do things the old school Hollywood way: blackmail. I’m in touch with a tech geek willing to leak TMZ the compromising video where a bunch of nerdy trekkies tickle your feet. It’s not a myth, this video does exist! 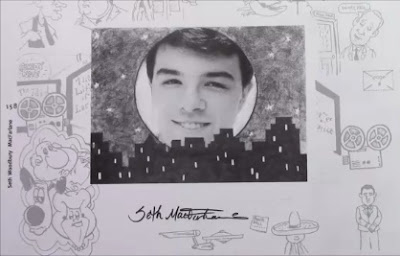 Thank you for not yet watching all my videos about the boycott campaign of Family Guy from the Italian TV.

Anyway, you should have already figured it out. It was a fake-ass pretext to submit fresh comedic stuff to your attention. So, all the lines you have heard in my webshow have not been banned from the Italian, American, German version or whatever. I wrote them in “Family Guy” style because I’m a comedy writer and I’m pretty good! And because you are surrounded by professional morons, I would like to join your team as an international cultural attaché, responsible for keeping you abreast of everything that’s going on in the world and for finding an interesting person to meet with every week - for instance, real American educated people not from the Ivy league, Italian mobster fashion designers, authentic rebel Chinese teenagers, Silicon Valley CEOs who will never be sentenced despite their guilt, the Pope body-double.

For now, I just want one thing from you: critical, honest feedback. I’m a huge fan of your works and I’d love if when you’re sitting on the toilet bowl you can take your time to read my fake censored lines and the other proposals, and write a short letter of encouragement for me to break into Hollywood. 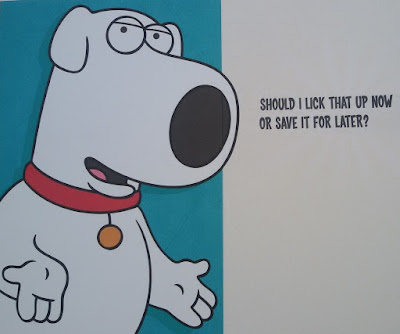 My best giggity for your birthday! 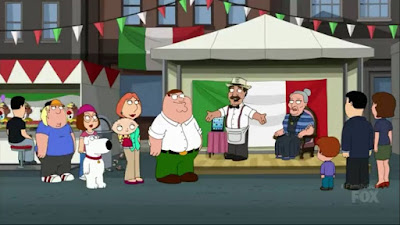 The Griffins go to the San Gennaro Feast in the Providence's Little Italy, Federal Hill. Brian and Stewie re-team with Frank Sinatra, Jr. to start an Italian restaurant. This was Frank Sinatra Jr.'s last performance, airing after his death.

The photo gallery below shows the screenshots from the TV episode and from the webshow "Family Guy Censored Lines and Soundbites from Rhode Island," a road trip through Providence where Seth MacFarlane was inspired for the setting of "Family Guy." Click here to watch the five episodes of the webshow filmed last September in Rhode Island's Capital, by the Italian media maker Luca Martera.

Family Guy Censored Lines from around the world. What does Rhode Island think? 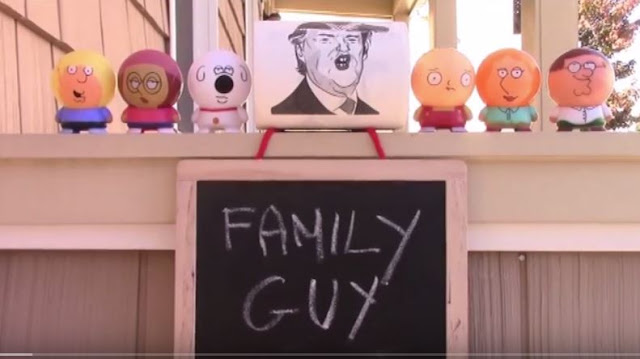 In Italy it’s ongoing a boycott campaign to ban the tv show “Family Guy” because there have been murders or attempted murders committed by children who were imitating Stewie Griffin. I went to Providence (Rhode Island) to ask locals if they agree or not with this campaign. But it gets even worse. In Italy Family Guy is downloaded illegally and it’s the most viewed among child molester priests, mobsters’ sons, and even prime ministers.

Click here to read the full sentences of the censored lines (pdf file). 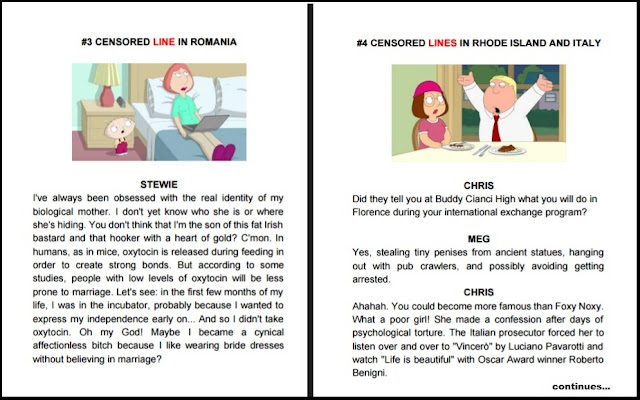 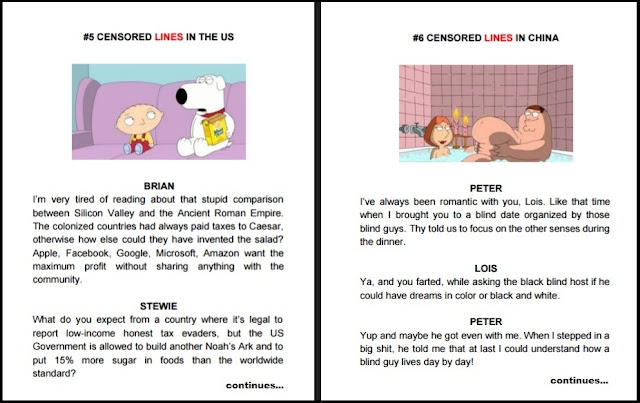 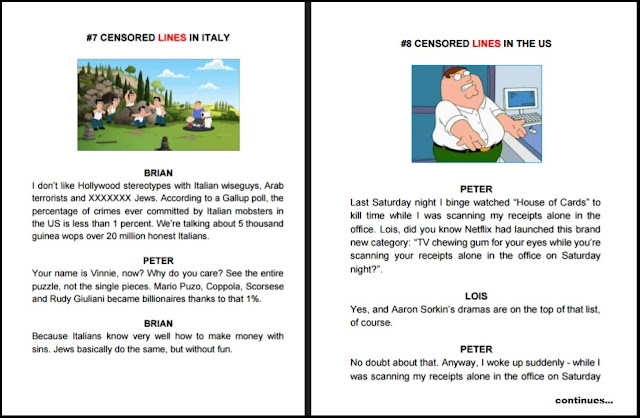 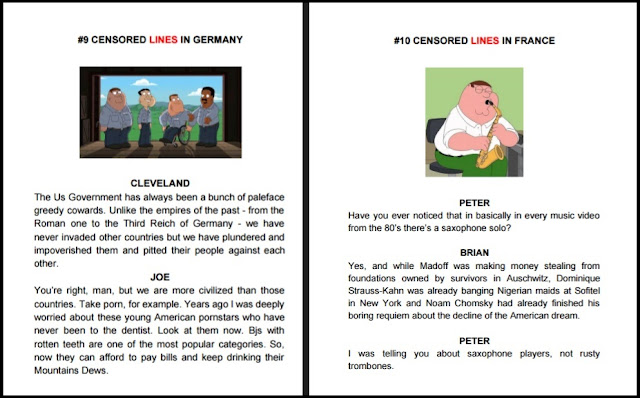 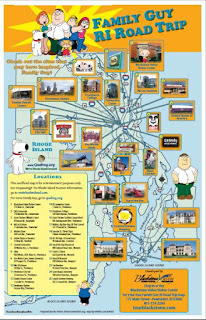 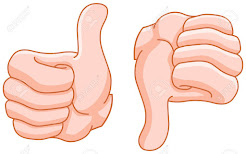