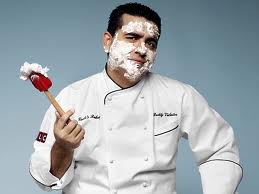 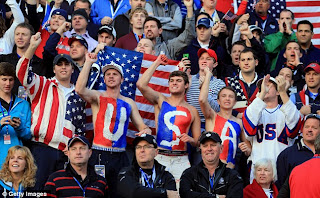 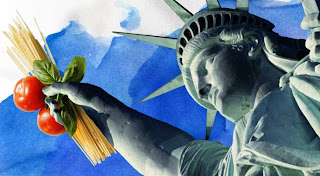 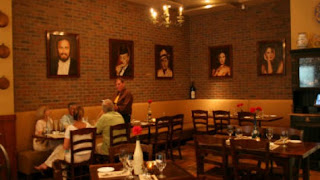 Berlusconi analyzed through Movies about Television

It could only happen in Italy. Too many sentences could start this way because Italy is at the avant-garde of corruption, sexual scandals and dirty politics.

In one word Silvio Berlusconi, of course. The only Prime Minister of a democratic country who has turned the consumer, the football-fan, the tv-viewer into a single person: the elector.

After all, the first modern dictatorship was born in Italy with Benito Mussolini and it’s not a coincidence that history repeats itself with this sort of tele-dictatorship created by Silvio Berlusconi, the Controversial Italian Prime Minister and media mogul, who has influenced Italian political and cultural history for the past 30 years.

Hundreds of books and several documentaries that tried to tell the story of this “Italian wise-guy” and other hundreds of works will follow in the years to come, but until now no one has analyzed Berlusconi through the films about television. It’s a subgenre very popular in the Italian movie history, and many of these films have often anticipated that dangerous mix of politics, media, crime organizations and private business, that is the eternal Italian anomaly. 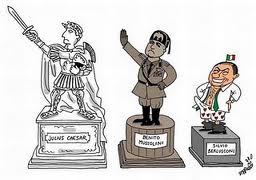 So using this idea as a starting point, it's easy to explain how tele-fascism was born and developed through this fil rouge of the films about television: from the birth of the medium to current times in which the monition of George Orwell’s novel “1984” is by now a paradoxical routine embodied in the “Big Brother” series, the global format that has been manipulating reality under the pretext of telling about it.

When dealing with television, the movie industry and filmmakers have frequently mocked, despised, blamed it and warned of the risks and damage caused by its intrusiveness, vulgarity, stupidity and above all its power. The anti-TV paranoia in the US is not an invention of the movie industry, but the movie industry has a specific interest in cultivating it because television is a direct competitor, the new medium from which the old one feels deposed. By the way, a chapter of this work will be focused on the relationship between political and media power in the US through the over two hundred films about TV produced from the 50’s to recent years.

The first American movie about the small screen is “Murder by Television” (1935), a classic whodunit film in which an ambitious and young television engineer is killed because he promised to secure the secret patent for his company. A classic film on American capitalistic values, in which TV, is used as a pretext.

In Italy two rather significant feature films were made in the 30’s “Batticuore” (Heartbeats) and “Mille lire al mese” (A thousand liras a  month). These two films shot during the Fascist age, were set in an imaginary Eastern Europe countries because of the censorship regime. At a certain point the same thing happens in these two films: some interference unwittingly mixes images of a political discussion with a show featuring female dancers, so it seems that the politicians dance with the dolls, as happened fifteen years later under Berlusconi when his dancers became members of the Italian parliament. 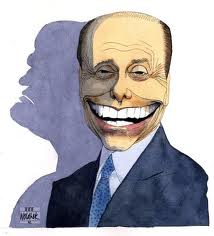 Unlike “Murder by Television”, these two films point their attention to two important aspects of the new medium: the using of live broadcasts and the enslavement to the political power. Surely they were very much far-sighted.
To continue delving into this special history, one will need to wait for the New Hollywood of the 70’s to find significant American films, with an important exception in the late 50’s,“A face in the crowd” by Elia Kazan, the first movie which told of the great swindle of Television. In this sarcastic movie, an Arkansan hobo becomes an overnight media sensation. Thanks to fame and power, he becomes the US Presidential candidate’s consultant but because of his alcohol-addiction he is later exposed as a fraudster. Kazan’s movie ran a year before the first real great TV scandal happened in 1958, when a popular English instructor at Columbia University Charles Van Doren became the wildly popular champion of a successful TV show called "Twenty-One". His story was told by Robert Redford in his great film “Quiz show”, curiously made in the 1994. Van Doren was an American folk hero. His charming presence seduced 50 million people into believing him. But the truth is, viewers were fooled and saw only what the network and program's producers wanted them to see. Then someone pulled the plug. Congressional investigator Richard Goodwin uncovered the truth about the quiz show being a fraud. Goodwin later became the speechwriter to Presidents Kennedy and Johnson. About the quiz show scandal, Goodwin wrote: “But then we were more ingenuous persons. That fraud betrayed our confidence towards the electronic mass media guards and some writers claimed afterward that the game shows scandals marked the beginning of the loss of our naïveté.  All this because innocence or naïveté is a force. One that encourages the willpower that feeds the protest against the cheaters and injustices and that gives courage to the oppressed and unsatisfied. Those who are without hope do not riot. Cynical people don’t march. Only when what we define as “innocence” becomes a reality – and success seems an apparent possibility – are we strong and brave enough to fight against the establishment”.

This is the essence of the New World vision that many non-Americans have also always appreciated. A vision, unfortunately, too naïve for who lives in the old, decadent and vicious Italy. It’s not a coincidence that the master of Italian Cinema, Federico Fellini, told of the misery of Italian TV first in his “La dolce vita” (The sweet life, 1960) with a fake religious miracle staged for a TV show and later in the grotesque “Berluscoland” of “Ginger and Fred” (1986), or rather the abjection of the popular show in vulgar Berlusconian style. 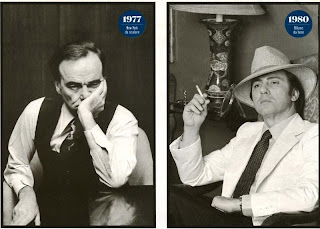 Besides Fellini, from the 50’s to the past decade, there have been around 300 Italian films about television directed by other important names (among which Michelangelo Antonioni, Gianni Amelio, Dino Risi, Elio Petri, Mario Monicelli,  and Nanni Moretti) but most of these are typical Italian style comedies with the usual moralistic criticism of the national flaws (political patronage, career help in exchange for sex, painful exploitation through tear-jerker tales, wild consumerism) rather than an analysis of the power of the medium. Anyhow, only recently have some documentaries tried to report on the  Berlusconi regime (“Viva Zapatero” in 2005 by Italian comedian Sabina Guzzanti and “Videocracy” in 2009 by Italian-Swedish filmmaker Erik Gandini).

On the flipside, American cinema has reached several milestones on the suggestion of power and the abuse of public credulity produced by TV: the militant “Network” by Paddy Chayefsky - Sidney Lumet in the 70’s,  the acid “King of Comedy” by Paul Zimmerman - Martin Scorsese in the 80’s, the splattered “Natural Born Killers” by Quentin Tarantino -  Oliver Stone, the satirical “Wag the Dog” by David Mamet – Barry Levinson and the poetic “Truman Show” by Andrew Niccol – Peter Weir in the 90’s to the cynical “Slumdog Millionaire” by Danny Boyle -  Simon Beaufoy in the 2000’s. In this last film a Mumbai teen, who grew up in the slums, becomes a contestant on the Indian version of "Who Wants to be a Millionaire?", a global format like “Big Brother”. “Big Brother” was born in the peep show city, Amsterdam, and for some years Endemol is owned by Silvio Berlusconi, the real Orwellian Big Brother who built his success thanks to sexy shows with European (above all from the East) housewives and female students who stripped in a TV poker game. The same Eastern European girls – but this time as real escorts and not game participants - who in the 2000’s will take part in his mansions to orgy feasts resembling something between the masonic symbolisms of Stanley Kubrick’s “Eyes Wide Shut” and the fascist partouze of Pier Paolo Pasolini’s “Salò”." This explains so what now has became the Italian political power based on the power of television. Anyway, you don't have forget that half of the fault lies with the Italians. Too often, have they been willing participants and not victims of this shameless daily “on air” show which has been running for twenty years in Italy. And this is the End-emol. 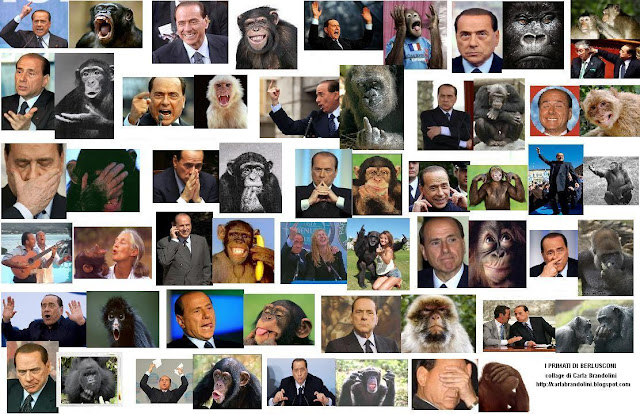 
BURLESQUONI: THE MUSICAL (work in progress)

In other countries, Berlusconi would be already politically dead. He, and those like him, would have been forced to resign. How come is so there?  To better explain this situation, the musical is in my opinion the best format and so this foolish project I’d like to see one day in a off-or-on Broadway stage. Dirty politics, women, mafia, corruption, sex and much more. For the first time in English, here it is the life and times of the colorful and controversial Italian leader Silvio Berlusconi! Think about it like a sort of hybrid between "The producers" by Mel Brooks and "Network" by Sidney Lumet. I have been already historical consultant for three documentary films about him: Silvio Forever by Roberto Faenza (2011), SB: Io lo conoscevo bene (I knew him well) di Giacomo Durzi e Giovanni Fasanella (2012) and Belluscone by Franco Maresco (2013). Read this column about my projetc written by Jeff Israely, correspondent at Time Magazine. 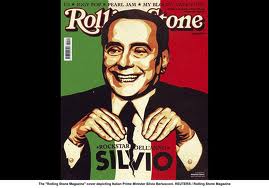 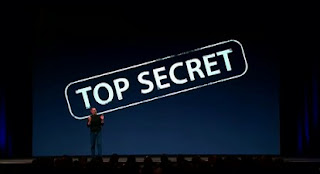