25 percent of requests in web search  engines have got pornography as a topic and sex is absolutely the most browsed word. How have sexual habits changed during the Internet era?

Sexual Radar tries to give an answer to those questions. It’s a surreal-grotesque comedy written in three weeks time by Luca Martera, after five months of bibliographic research (including essays, daily newspapers, chronicle and custom magazines) and field research through investigations, interviews and witnesses collected from people based in Rome and New York City of every age, various sexual orientations and preferences, about those which once were called perversions, and today psychiatry would rather call "paraphilias": a series of healthy-safe-and-agreed sexual practices, for which is difficult to establish the border between the lawful-allowed and the pathological-immoral. 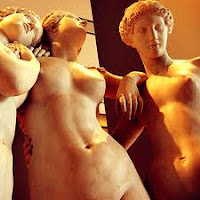 Sexual Radar investigates this gray area to understand if it’s true that the world is not divided between normal and abnormal people, but between individuals with common and rare sexual habits.

From the content’s point of view, Sexual Radar faces a risky topic as sex, through an ironic sight, but never annoying or rude, always speaking about universal emotions and feelings, as what is told are real stories and people usual troubles. Everything is done through a never cheering and accommodating style, but always a smart and disenchanted one, that takes inspiration from real facts in the present time for every episode: mobbing and stalking, slander through social networks, online dating, web addiction because of gambling, etc.

The main character in this film is Henry, a funny and misogynist international detective specialized in finding the “right cause” to make annoying and lazy employees. Because of an accident during a session of “financial domination”, Henry discovers to be able to listen to people’s sexual preferences and fantasies. Here's some examples catched by his Sexual Radar:

©LM 1 - Men are all childish bitches. They want to have sex without condom, like grandpa they still believe in pulling and praying.

©LM 2 - I much prefer women with an amputated limb, but I like also those without a brain more.

©LM 3 -  My husband used to shoot off his rifle when I came. But now, goodbye orgasms... that idiot has been arrested for shooting my mother-in-law. She was spying us.

©LM 4 - It's so much fun hiding my genitals in my groin; I become a woman without surgery.


©LM 6 - I get excited swallowing Barbies’ shaved heads: once expelled from the rectum, I give them to the poor children.

©LM 7 - My wife has got her last day period today: when the blood is black I get more excited.

©LM 9 - My arms hurt since yesterday for how much I whipped him.

©LM 10 - Today I discovered that my mum made me being circumcised not for hygienic reasons, but for preventing my autoerotism.

©LM 11 - If it wasn’t for homosexuals that have children, the human genre would be already disappeared.

©LM 12 - I imagine that my lover pushes me to eat asparagus so my wife can discover my betrayal, telling me that my sperm changed flavor.

©LM 13 - Today I had a fantasy about Mara, that client who asked me to reduce her genital big lips so they are not too visible when she wears leggings without knickers.

©LM 14 - I’d like to crawl under a classroom tables to varnish toes nails of female students.

©LM 17 - I dream to fuck 3 women through a gate hole, but my wife punishes me when she discovers they are not women but goats.

©LM 18 - I’m a slave in ancient Rome. I’m bought by the Emperor that wants to donate me to his son, for his 18th birthday, to make him practicing with sex.

©LM 19 - I like to imagine having sex with seropositive people. I like Russian roulette, without knowing if their sperm will infect me or not.

©LM 20 - What is my favorite sexual fantasy? That after sex my wife will be transformed into a pizza and a box full of beers.