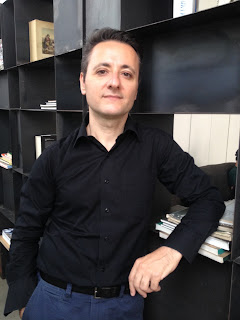 WHO I AM
Born and raised in Italy, I offer my perspective on cultural differences between Italians and the rest of the world with an original sight about events, current affairs, history, lifestyles and new market trends. In the 2016, my name was included among those of the most prominent Italians in the book in English language "We the Italians. Two flags, One heart. One hundred interviews about Italy and the US" by Umberto Mucci.

WHAT I DO
Serial media entrepreneur / Showrunner - Writer - Director - Producer / Documentarian / I write comedy and satirical material for films and TV series, commercials, music videos, media events, corporate blogs, and websites on the behalf of communications agencies, companies, associations / Expert in the creative use of archival film and TV footage and international research / Movie and Mass-Media Historian / Voice Over / Host and producer of public or private meetings, performances and interviews, staged live events with Italian personalities of fashion, entertainment, journalism and entrepreneurial class. List of names avalaible by request.

WHAT I DID
Two startups created: GlocalTrip and ReCutUp / An indie movie produced, written and directed: Sexual Radar / Over 50 TV shows created, written and directed for major Italian TV companies in the infotainment field: clip shows, sketch comedies, fashion and lifestyle magazines, candid cameras, monographs and portraits of people in showbiz / I've also published books, I've written for various newspapers and media magazines and I organized some film retrospectives dedicated to Stanley Kubrick, Italian masters of horror and the best of world shockumentaries / I was the artistic director for "CabLab", a showcase for Italian stand up comics.

EDUCATION
I discovered and learned all the secrets of cinema and TV (from how to write a script to how to position the camera) by observing big Italian directors and screenwriters at work, among which Dino Risi, Mario Monicelli, Ettore Scola, Luciano Vincenzoni, Gualtiero Jacopetti, Age & Scarpelli, Rodolfo Sonego.
I took part in management and marketing workshops for cinema, TV and web and several scriptwriting workshops held by Syd Field, John Truby, Robert McKee, Dana Marks and Chris Vogler and promoted by Media EU Media II Training Programme.

Italian Americans on the US Television We The Italians

CULTURAL DIFFERENCES
BETWEEN ITALIANS AND AMERICANS


How to become Italian (jokes)

My Ironic Italian View on American Lifestyle - Vol. I (jokes)

Italians and cultural differences according to Rudyard Kipling (joke) 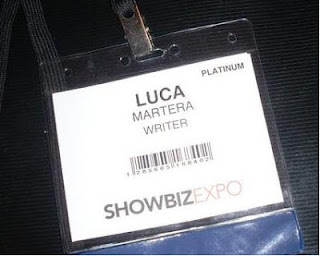